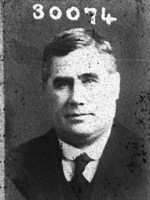 Master Mariner and Mayor of Cardigan

Cardiganshire is well known for its maritime traditions and associations. Looking into the local history of communities such as Cardigan, Llangrannog, Aberporth, New Quay, Aberaeron and Aberystwyth, one is immediately struck by the high proportion of careers made in the Merchant Navy. (A typical local family example includes two uncles who were Masters- a grandfather Benjamin Arthur THOMAS of Sarnau, sadly lost at sea during WWII, and at least 3 great-uncles besides - all Merchant Navy men.)

James Morris Davies was born in Cardigan and like many of his contemporaries he joined the merchant marine service at an early age. His story is embellished by his log, starting with service aboard ships based in Wales in Porthmadoc and Aberaeron. The logbook includes details of voyages around the world from Cardiff and Newport to pre-revolutionary Tsarist Russia, the Americas and most unusually Japan. His ship the Maston was torpedoed off Cape Spartivento in southern Italy in 1916. He is also credited with saving the lives of shipwrecked mariners off the coast of Mauritius.

In later life he returned to Cardigan and lived in the house which bears the name of his first ship - Craiglee. As an active member of the Labour Party in Cardiganshire, he also held public office, becoming Mayor of his home town Cardigan.